Spread Spirituality faced so many obstacles and difficulties in the early days of establishment. People used to make fun of this group. Most people do not even know the actual meaning of spirituality. They associate spirituality with religion. Difference between spirituality and religion is like earth and sky. But due to its constant good deeds and right arguments, Spread Spiritually silenced those people.

Our intention is to motivate people to know the actual meaning of spirituality without associating it with religion. We also intend through our articles and blogs to help those who are on the path of spirituality and facing some un-answered questions. Our team provides as much deep and meaningful informational as possible through our articles. Articles on our blog is completely based on the experience and knowledge. Spiritually is all about knowing, not about believing. People will definitely be benefited by reading our articles.

Some news reporters also joined our group. They expressed their wish to publish some important country and foreign news on this blog. Important news about the country and abroad are also published on this blog in consultation with everyone. 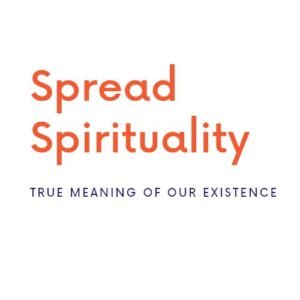 Why Blog and Articles

People from outside the Spread Spiritually used to ask so many question on spirituality on whats app, Facebook and E mail. There were many of them who were on the advanced stage of spirituality. Along with answering their questions, we also got to learn a lot from them. We were able to answer very few questions because of our personal activities and busy life. Therefore, core members of Spread Spirituality decided to open a blog in which we can post useful articles so that people on the path of spirituality can get answers to their questions easily. We know that when this question gets inside us that what is the purpose of our life, then how much does this question bother us mentally. The purpose of this blog to answer those questions as well as to inspire people to ask this question to themselves.

The story of the start of Spread Spiritually is very interesting. This story proves that we are interconnected. The story begins in the Year 2017. Two founder members of Spread Spirituality ( Mr.Akshay Kadam and Mr. Sunil Kashyap ) were going from Mumbai to Himachal Pradesh by train. The seats of both of them were exactly face to face. Mr. Akshay was reading philosophies of J. Krishnamurti and Mr. Sunil was reading Astavakra Geeta. Both of them saw each other reading and then the discussion started.

Both of them were the student of spirituality. Both of them discussed each other for a long time on spirituality. This is how the friendship began.After about 2 hours of discussion, it was revealed that both were going to attend a 10 – day meditation course ( Vipassana ).

After attending the10-day meditation course, they both returned to Mumbai together. But they continued to meet each other regularly and the discussions on spirituality also continued. Later, Mr. Manilal, Mr. Juber and Mr. Kapil also joined their discussions. In this way it formed a group of 5 people.

Later, as these discussions got deeper, this group of 5 members attracted more people and number of people involved in the discussion continued to grow.

One day Mr. Kapil got an idea that it should be named as a group. The group was named after the consent and deep thought of all people. This is how Spread Spirituality started.

As we told you earlier that some reporters also joined our group. They wanted to do something good for our blog. They expressed their desire to write news articles for our blog. After consulting the committee members, we decided to publish important news on our blog. Now important news are also being published on this blog.

If you are a student of spirituality and you have any question, feel free to contact us at [email protected]